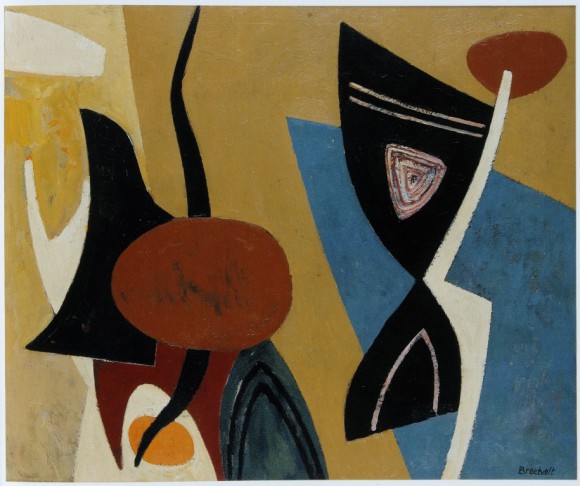 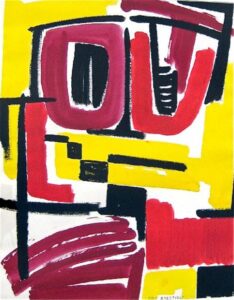 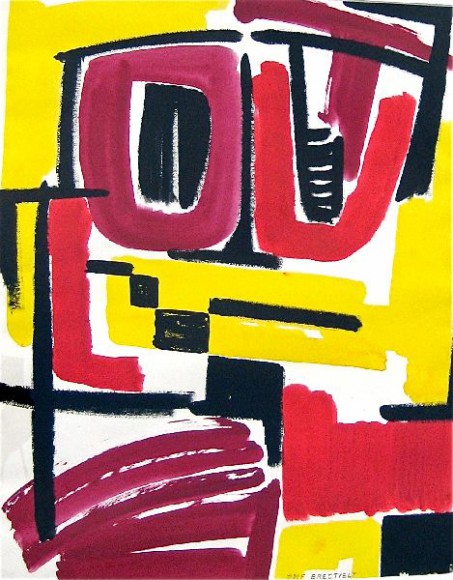 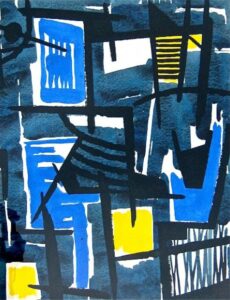 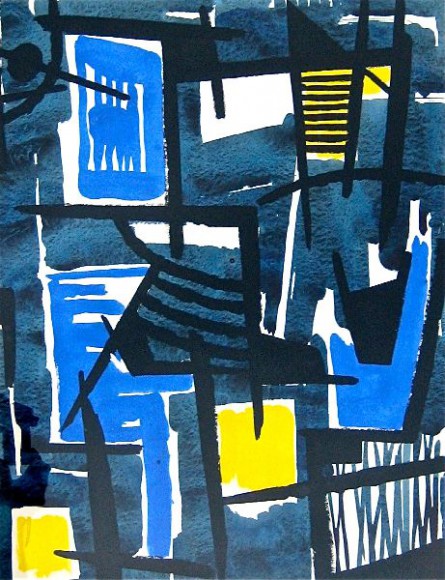 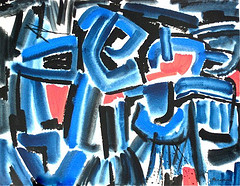 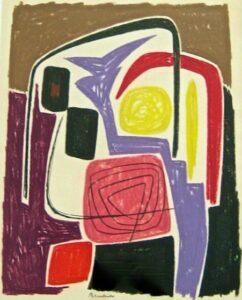 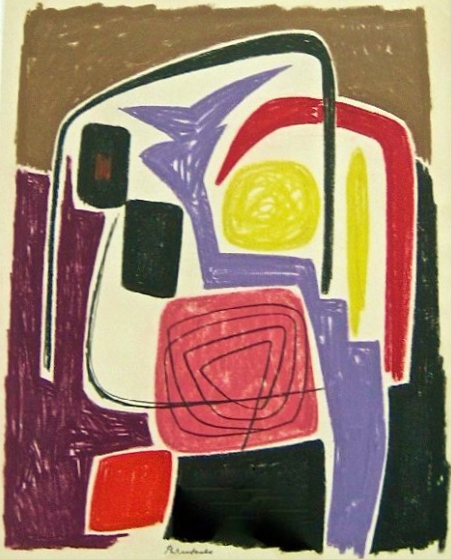 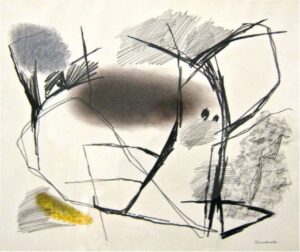 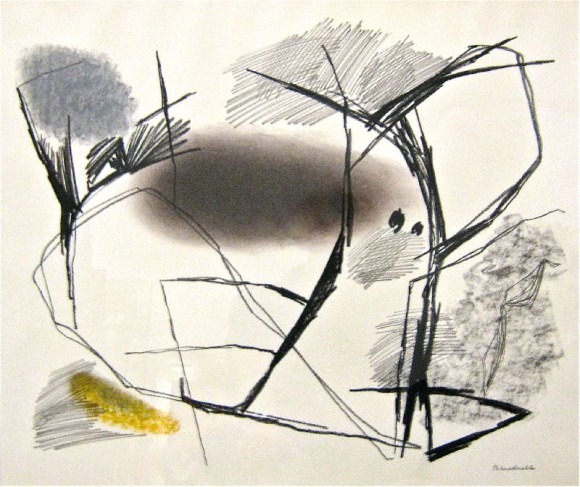 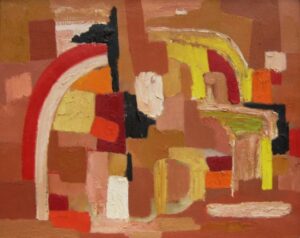 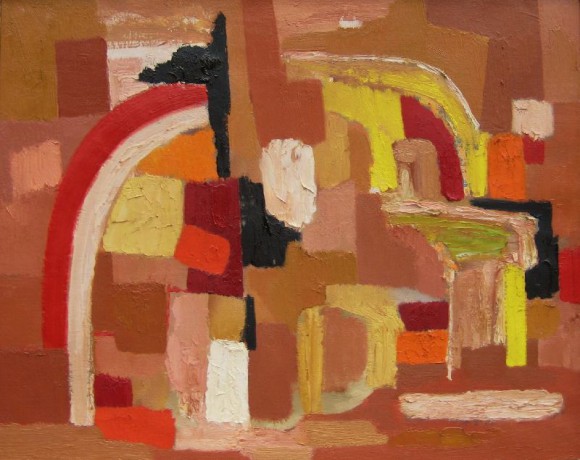 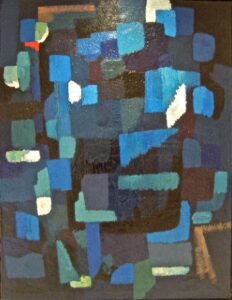 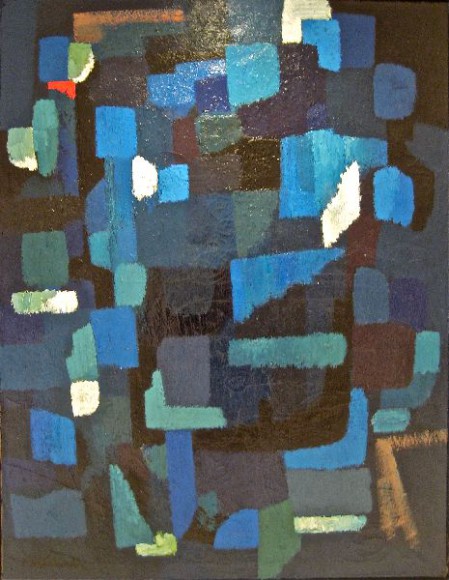 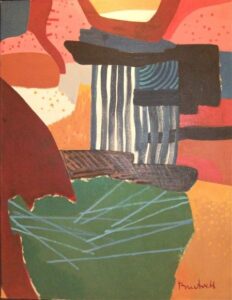 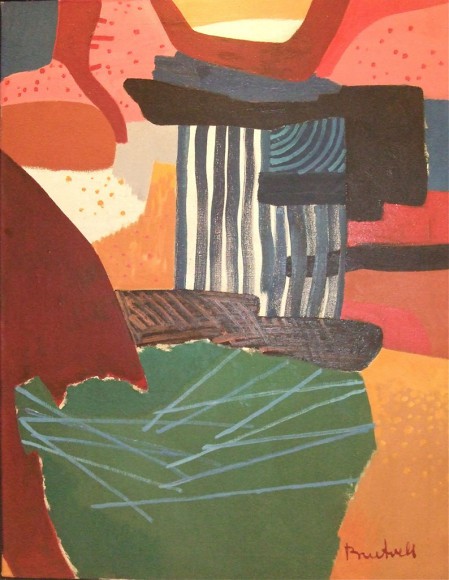 Dolf Breetvelt was born in1892 in Delft, where he attended the art academy in The Hague. Before the war Breetvelt was an artist in the former Netherlands East Indies.

Breetvelt was on friendly terms with Piet Ouborg and Hans Ittmann, and an influential figure in the Dutch art scene.

He worked in a surrealistic style. After the war, Breetvelt went back to the  Netherlands where he produced his first abstract works. Initially surrealistic in nature with a dash of geometry, later increasingly more abstract expressionist.

Breetvelt joined the Dutch Vrij Beelden group in 1949, where he teamed up with Willy Boers and Ger Gerrits amongst others in exploring the road of true abstract art.

From 1951 Breetvelt also produced sculptures in wood and metal. Adolf (Dolf) Breetvelt died in Amsterdam in 1975.

Various exibititions in the Fodor Museum in Amsterdam, Cobra museum of Modern Art in Amstelveen, and the Nusantara in Delft, amongst others.