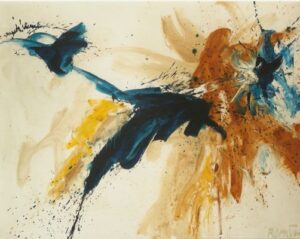 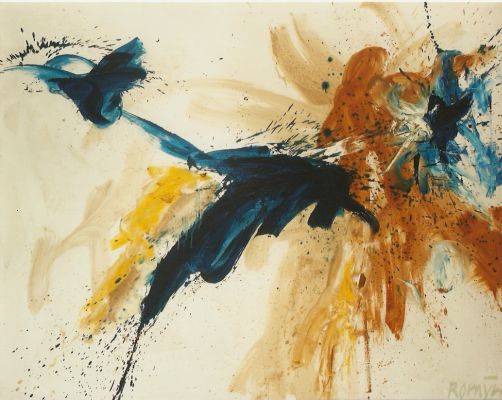 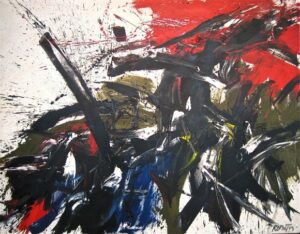 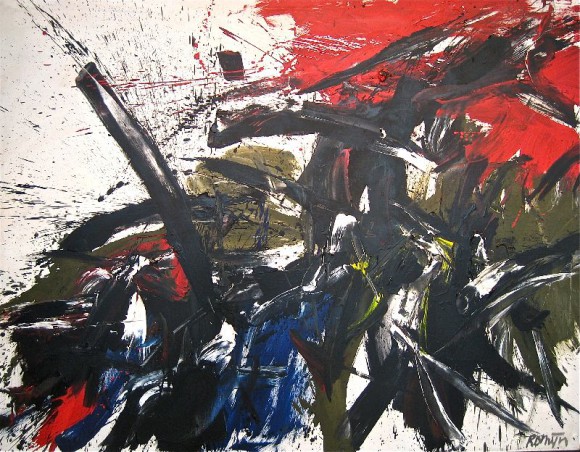 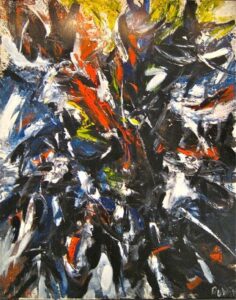 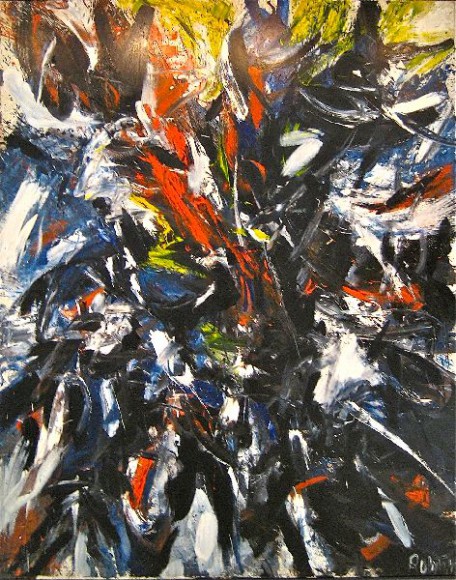 Gust Romijn was born in Noordwijkerhout (the Netherlands) on the third of October 1922. Gust Romijn lives and works internationally during his life in inspiring art cities like, Paris, Milan, New York and Rotterdam.

Gust Romijn’s artist career started in 1942 and his talent became recognized by the art critics around 1945. Gust Romijn was a member of variou groups in the Dutch artist community including the Rotterdam ‘Venstergroep’ (1949), the ‘Liga nieuwe beelden’group, and the ‘Zerogroep’ which was founded in 1958.

Gust Romijn made monumental paintings and sculptures for Ahoy Stadium, Schiphol Airport, the Feyenoord soccer stadium among others, and he made the ‘Watersnoodmonument’ in Ouwerkerk.

Paris and Milan are important moments for Gust Romijn through meetings with Alechinsky, Tajiri and Manzoni, the later developed into a long lasting friendship.

Gust Romijn also taught  spatial design and idea development ,being professor to a number of art institutions, including the Rotterdam Academy of Fine Arts, the Free Academy in The Hague and the Universities of Victoria and Vancouver in Canada. Gust Romijn died in Dreischor (Zeeland, Netherlands) on 28 January 2010.