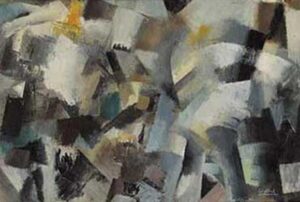 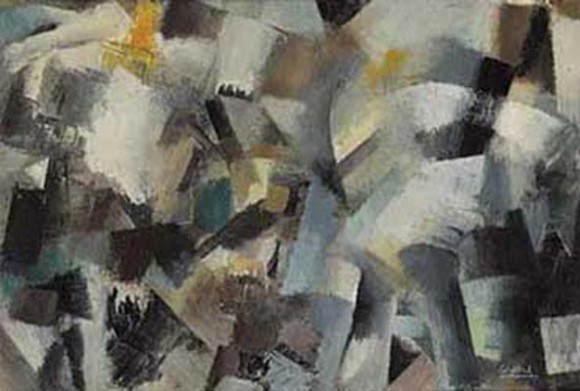 Youla Chapoval, an infleuntial Russian Modernist painter, was born in Kiev in 1919. In 1924 moved with his family to Paris. Studied at academies in Marseille and Toulouse.

Chapoval's style altered from figurative to pure abstract. Has had exhibitions at various galleries in Paris. He was one of the most promising members of the abstract art world when he died at the age of thirty-two.

In 1964 there was a retrospective in the Musée de l’Art moderne de la Ville de Paris. Exhibitions with Chapoval's work were also held at  the "Salon des Réalités Nouvelles" and the "Salon de Mai", places that exhibited artists with major influence on the post-war development of Modern Art. Youla Chapoval died in Paris (1951)

Youla Chapoval's work can be viewed in major museums such as the  "Musée des Beaux Arts in Nantes" and the "Musée National D'Art Moderne" in Paris.