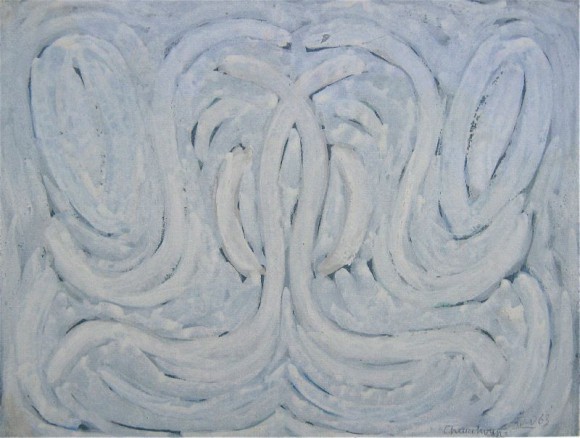 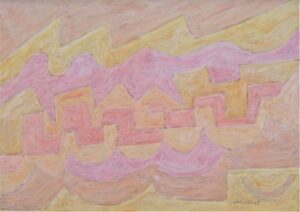 Serge Charchoune was an important and infuential Russian Modernist painter. Charchoune, born in Berguruslan in Russia (1888), studied at various academies in Moscow. He went to Paris in 1912 where he attended various independent academies.

The main body of Charchoune's work is abstract. A number of his best works were inspired by the music of Bach or Beethoven. With his monochrome painting technique his work achieves an enchanting beauty and balance.

In 1913 Serge Charchoune exhibited for the first time in the 'Salon des Independants'. Charchoune had a long stay in Spain between 1914 and 1917. Between 1921 and 1924 he also contributed to Dadaistic magazines.

In 1922 Charchoune had an exhibition in the 'galerie Der Sturm' in Berlin. Subsequently he participated in various exhibitions in Paris, Barcelona, Stockholm, Brussels, New York and Prague. Serge Charchoune died in Paris in 1975.

Retrospective in 1971 at Musée D’Art Moderne in Paris. Exhibitions in Moscow 2006 at Pushkin museum in Moscow and Art museum in St. Petersburg in 2006. His work is on permanent view in the Moscow State Tretyakov Gallery.