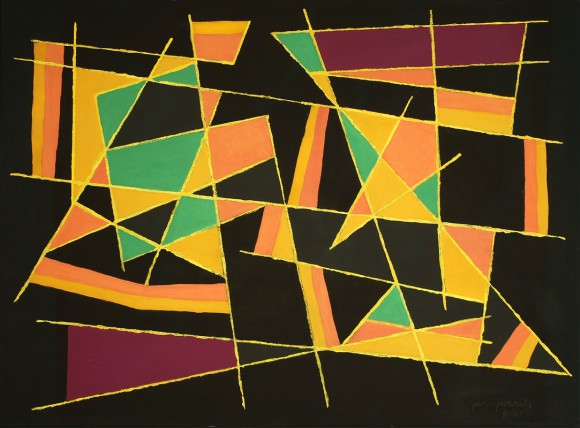 Born in 1893 in Amstelveen and died in Amsterdam (1965). Member of the Tekenschool voor Kunstambachten in Amsterdam. Initially painted and drew landscapes. Was mainly also a graphic artist (lithos and wood engraving).

Up to World War II he worked in a realistic style. After the war he was important in the development of abstract art in the Netherlands because of his central role in the establishment of the artists’ associations 'Vrij Beelden', 'Creatie' and the 'Liga Nieuwe Beelden'.

From about 1949 his work has a geometric abstract orientation (influence of neoplasticism and constructivism).