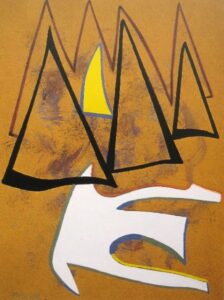 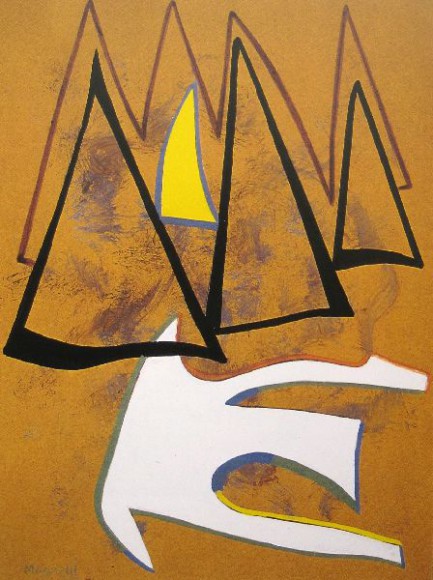 Alberto Magnelli is an infleuntial Modernist Italian painter and artist. Magnelli was born in Florence (Italy) . Magnelli was in contact with futurists without joining them. Magnelli became acquainted with Pablo Picasso, Fernand Léger, Juan Gris amongst others in 1914.

After the first World War Magnelli returned to figuration for twenty years. Once back in in Paris, he soon returned to abstract work. He was a master in working with the colours black, brown and blue. Alberto Magnelli died in Mendoa

Magnelli has had exhibitions all around the world. Museums with work of Alberto Magnelli include the 'Museu de Arte Moderna Muril Mendes'  in Brasil, the 'Palais Pitti' in Italie, the 'Fondation Miro' in Barcelona, the Sara Hilden Art Museum in Finland, and ofcourse the Musée Magnelli in France.