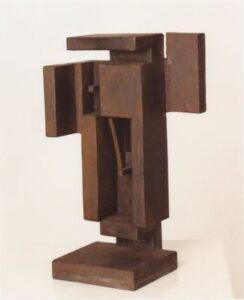 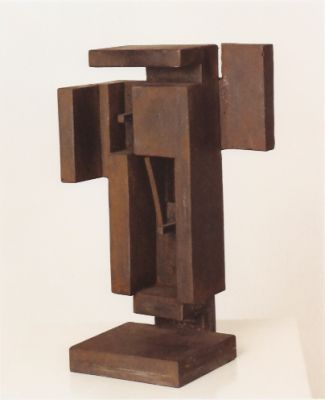 Herman van der Heide (1917-1998) started out as a decorator for various company's. He later developed into sculpting. During the second World War he  studied at the 'Groningse academie Minerva' and at the 'vrije academie' in the Hague.

Van der Heide met Hans Ittmann in 1951 in "Biënnale Middelheim" in Antwerp, who introduced him to the Dutch "Creatie" group. He later also joined the "Nieuwe Ploeg" group as well as the "Liga Nieuw Beelden" group. Was a teacher at the "Haagse kunstacademie".

Exhibition "Kleur" at the "Stedelijk Museum" in Amsterdam in 1958. Constructivism.