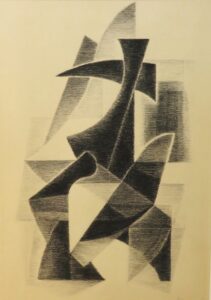 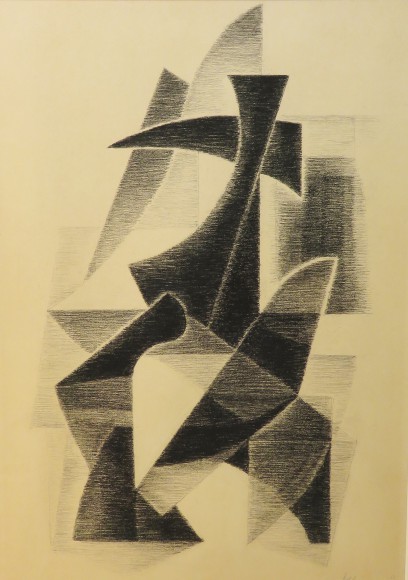 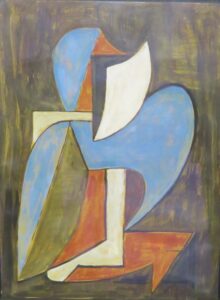 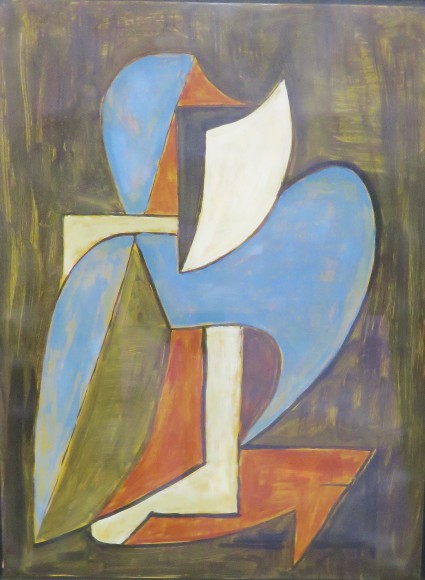 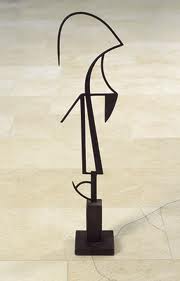 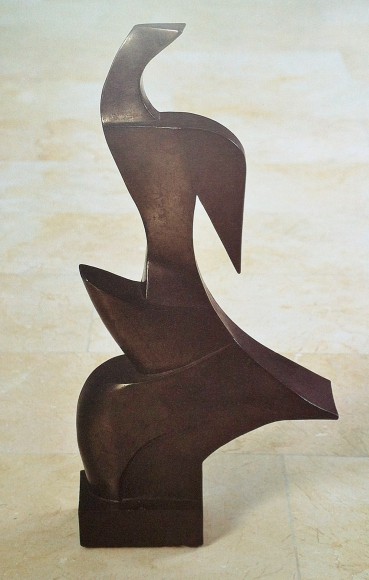 Toon Kelder was born in Rotterdam (1894) . He studied at the Academie voor Beeldende Kunsten in Rotterdam. Stayed in Belgium, France, Spain and North Africa. From 1924 in The Hague.

In the twenties Kelder concentrated mainly on portraits, still lifes, seascapes and landscapes. In the thirties his work became more rarefied. After 1947 his work changed, diffuse surfaces of colour changed into clearer, more finite colour areas.

Through exhibitions by international masters such as Henri Matisse, Amedeo Modigliani, Pablo Picasso and Fernand Léger, Kelder arrived at an abstract approach to working.

Through wire sculptures and later bronzes (1954) from 1958 Kelder created wooden sculptures clad with copper. From 1950 he produced rather rare geometric abstract gouaches and oils with a controlled use of colour.

Through his many sojourns in Paris Toon Kelder became well acquainted with the atmosphere of the 'jeune école de Paris'. This finds expression in the important sculptures - (Seuphor: 'Sculpture de ce siècle, dictionnaire de la sculpture moderne 1959') - which he produced in the late fifties and early sixties. Toon Kelder died in The Hague in 1973.